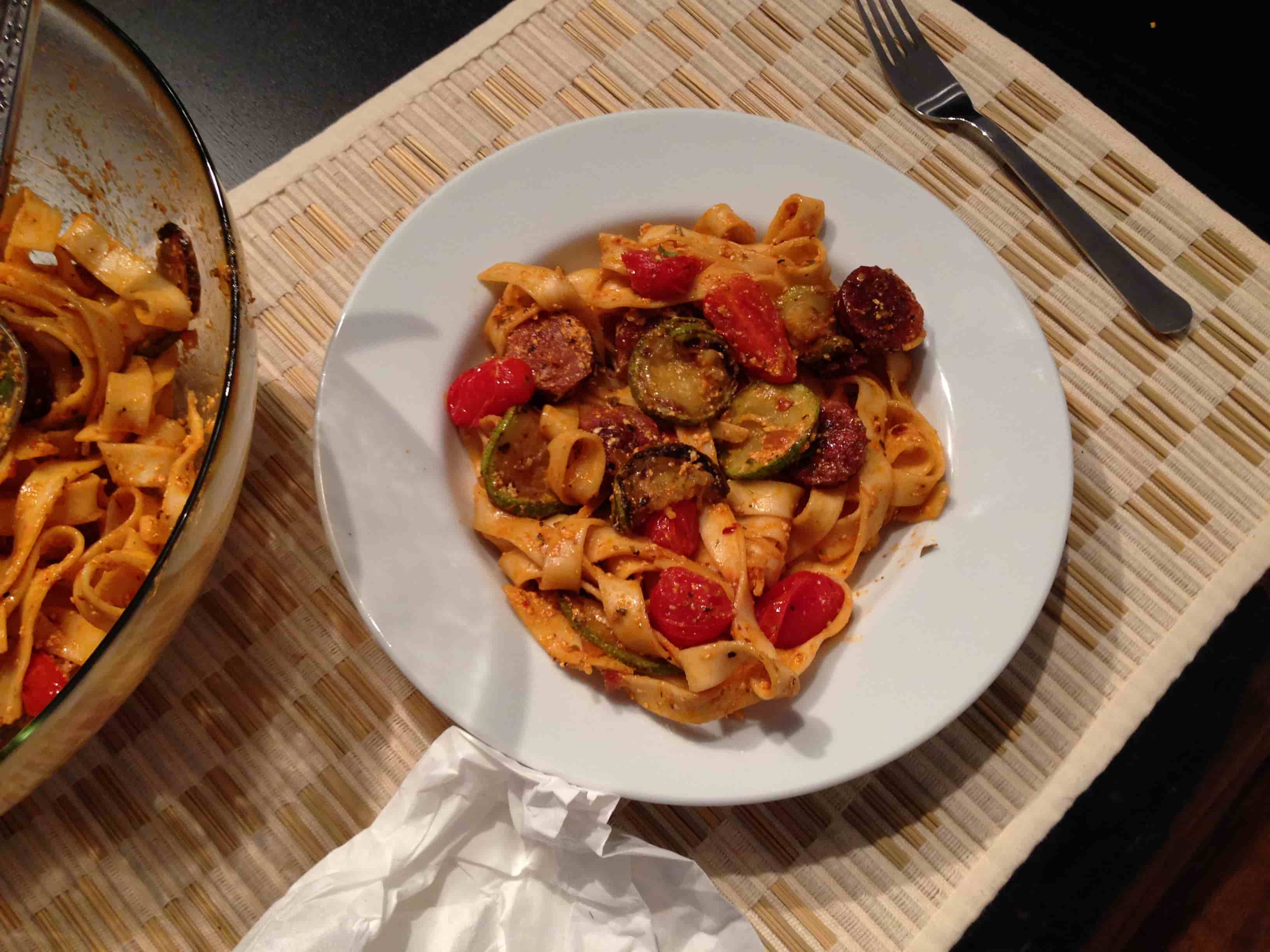 What is it all about this dish? It’s the freshness of the zucchinis combined with spiciness of the Chorizos and in combination with the acidic sweetness of the Cherry Tomatoes! 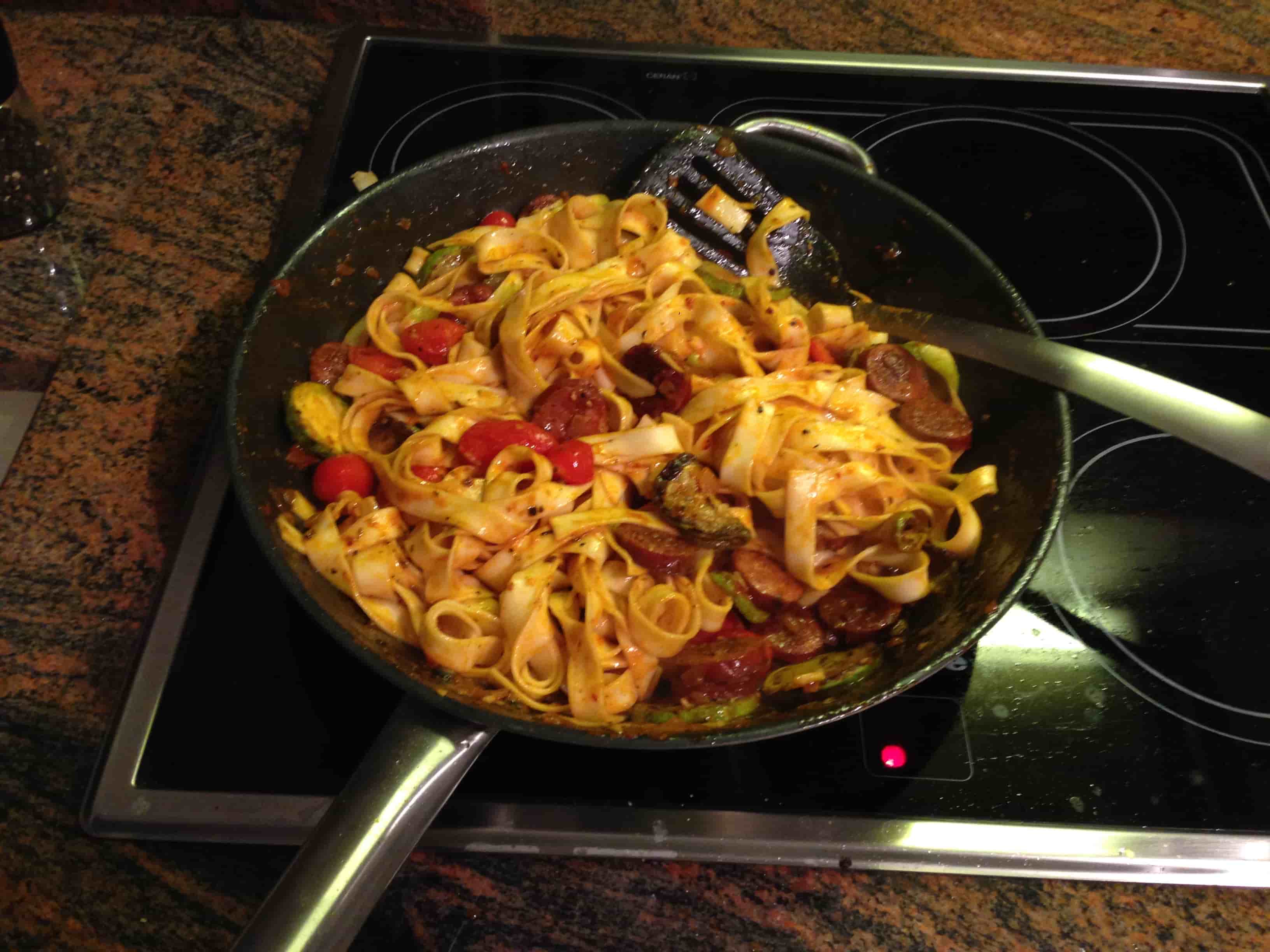 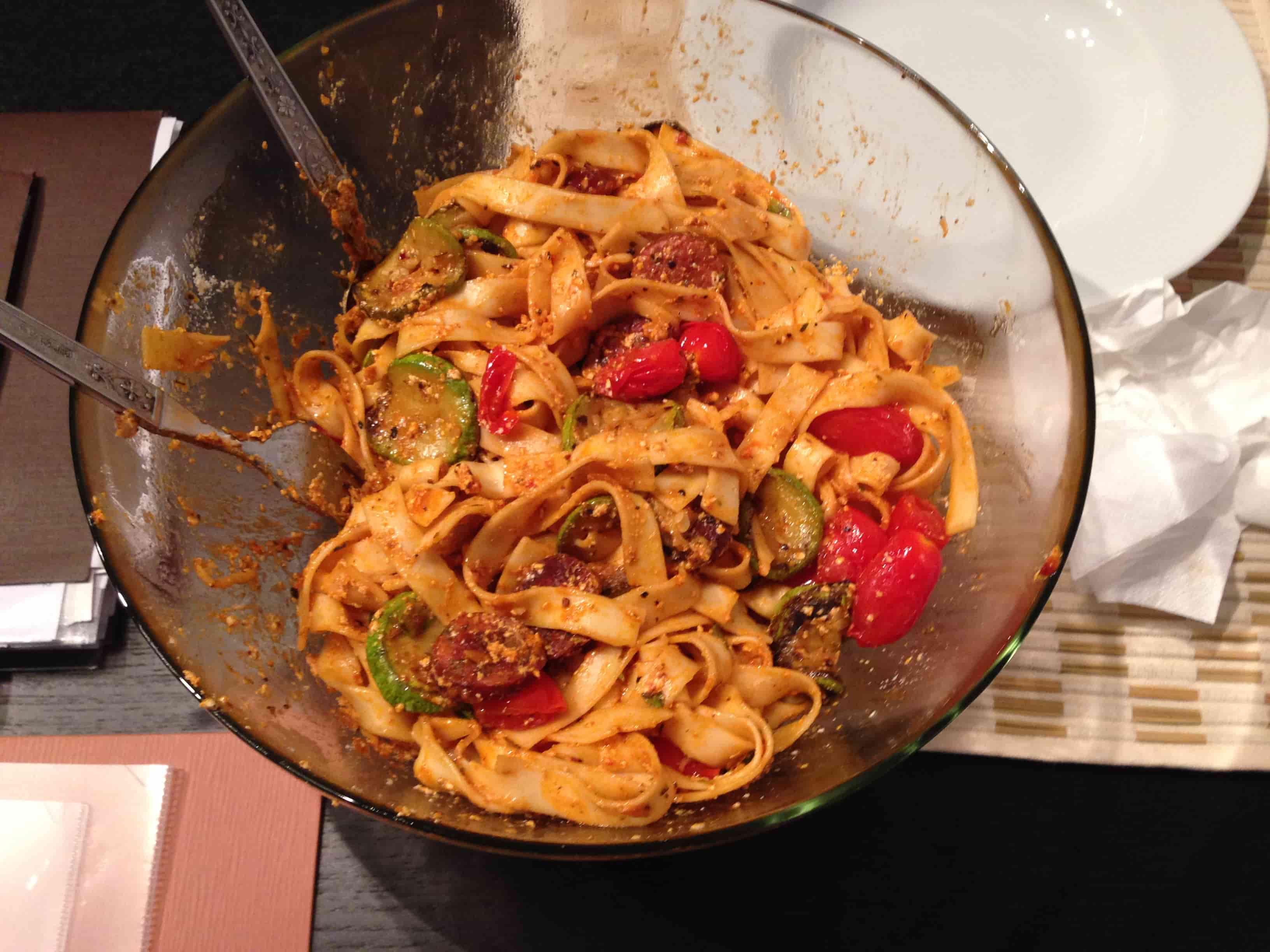 You can print the recipe!
Tagliatelle with Chorizo, Cherry Tomatoes and Courgettes (Zucchini) 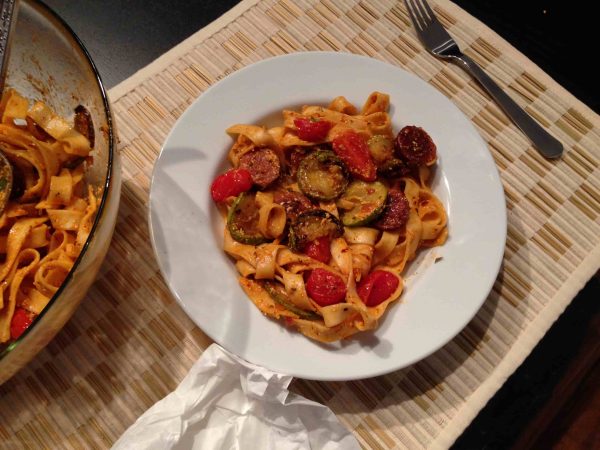 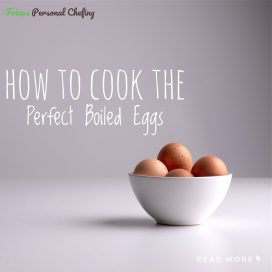 How to Cook the Perfect Boiled Eggs 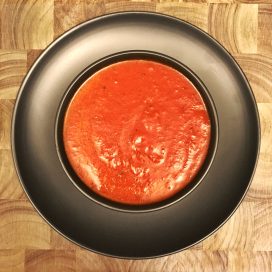