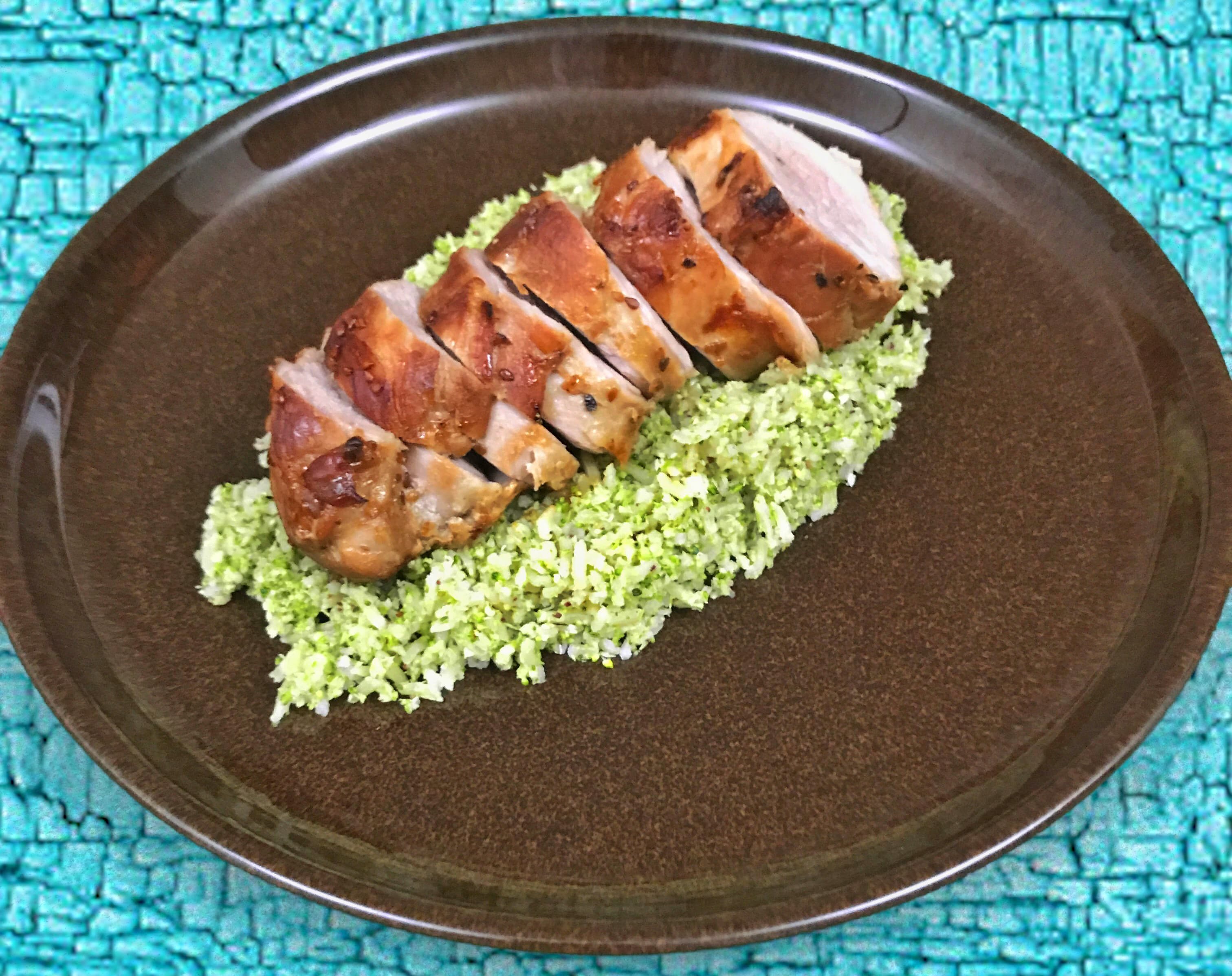 Overnight marinated pork tenderloins in a mixture of Teriyaki sauce with toasted sesame seeds and Bonito flavored Soy sauce. Juicy but also charred as the sugar contents of the marinate get nicely burned in the oven.

Instead of a traditional rice to accompany this dish I chose to make a rice that is made equally with wild rice and broccoli shreds. 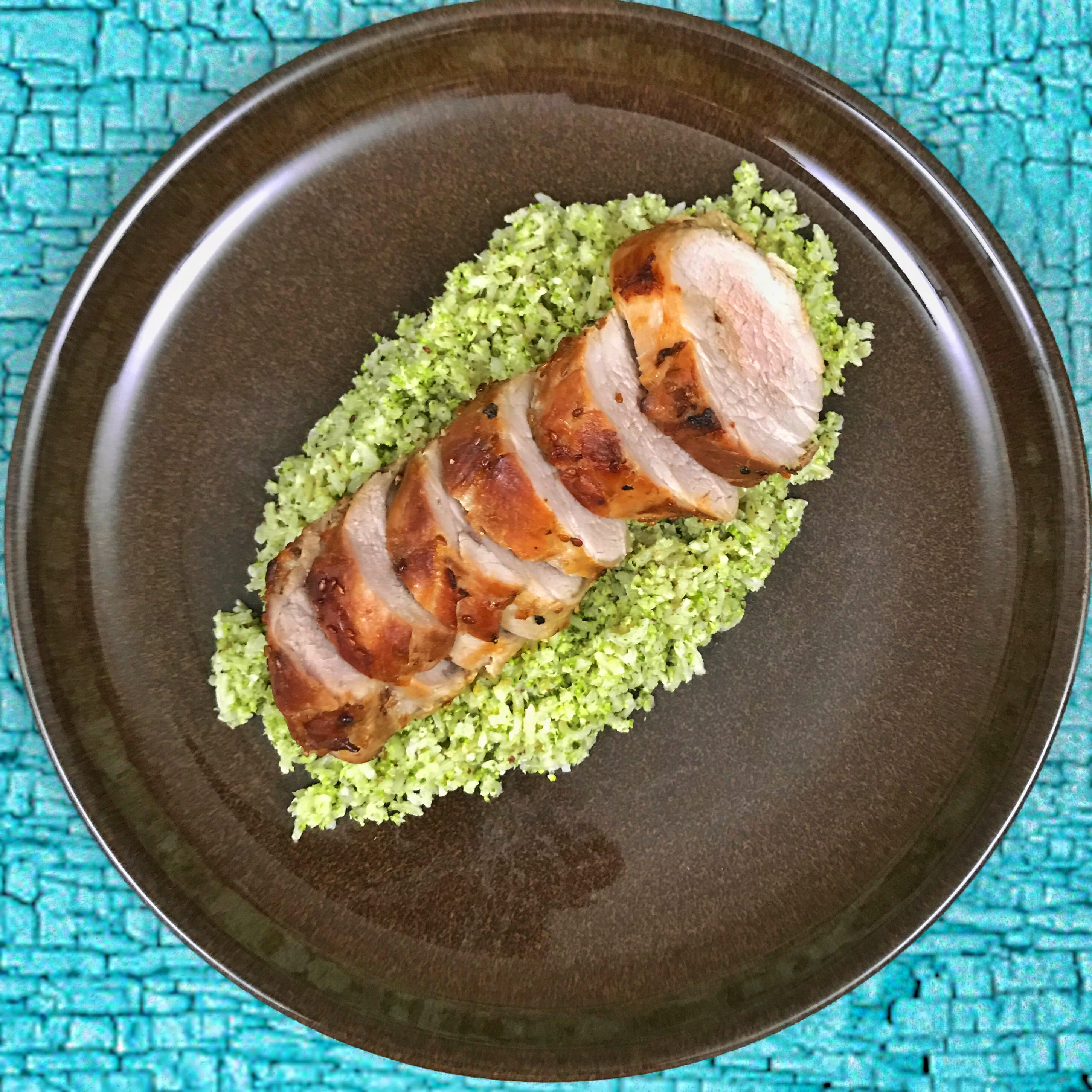 Have a look below at the full recipe. Don’t forget, you can always print it.
Alternatively, you can surf in my Facebook & Instagram pages to explore more mouthwatering recipes.

I hope you enjoy it!

Here you can find more of my recipes with Pork. 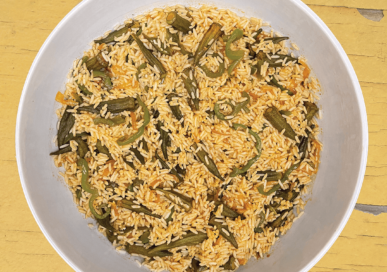 Rice with Okra and Peppers 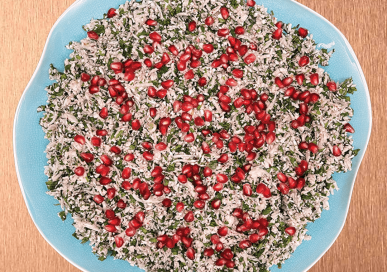 RICE WITH OKRA AND PEPPERS. This Rice with Okra an

CAULIFLOWER SALAD. It reminds of a tabbouleh salad

JALAPENO POPPERS. I can find these fantastic peppe